Quality overpowers quantity, and this notion is 100% true in the software testing and quality assurance services niche. As the companies are rising after the steep plunge in the pandemic, the need to integrate testing and QA in the most primitive stages of the software development life cycle has become more prevalent than ever before.

Advancement in the domain of website development has led to tremendous increase of automation testing. On the other hand, manual testing is slow, more expensive, and prone to errors. Thus, more and more companies are gravitating towards scriptless automation tests. It increases QA scalability letting the team run tests without worrying about coding problems.

This technique has helped many IT companies in achieving better results in less time as compared to the earlier practices.

No, we are not contradicting our statements, what we mean is, there should be a right balance between automated and manual testing for the perfect QA solutions. While automated testing is apt, faster and cost-efficient when dealing with humongous tasks, manual testing helps circumvent errors with automated processes.

Moreover, there are many domains in software testing and QA that cannot be done with manual tests. Thus, fusing both these modes of testing is an excellent way to bring the best of both the worlds on the table. While automation brings pace and efficiency, manual testing gets design, usability and user experience.

When most business was conducted offline, data did not hold much importance. However, as more and more spectrums are shifting online, data collection has become vital. Utilising a range of tools to collect data aids in conducting testing procedures based on this algorithm.

Now, every QA and software testing company constantly hunts for ways to collect and process the data into valuable insights and validate them against yardsticks such as accuracy, logic, consistency, completeness and originality.

A major part of software testing and quality assurance services revolve around checking whether all the fragments of the system are prudently integrated and work in symphony. Thus, IoT is a pioneer technology that helps in the software integration process.

IoT-based software testing guarantees that all communication protocols, operating system, software and hardware implementation in every device is synchronised and ready to deliver. IoT-led software testing helps you build a device that is well-armoured against threats and vulnerabilities.

Every software development team desires to design a high-end software, but this requires extensive emphasis on factors like technology stack, usability, cybersecurity and business value. An easy way to achieve this target is by integrating a dedicated team of testers from the initial phases of software development to spot the flaws as early as possible. In other words, performance engineering is an alternate concept from performance testing as the latter tests fully-developed end-products for flaws.

Each system module needs to be integrated well with every component of the application for a smooth and error-free working of the system. Integration testing aims at assessing whether every aspect of an application is secure and works flawlessly in a group effort.

Final WordsSoftware developers work with a top-notch software testing company to ensure the end-product matures at every stage of development by eliminating the bugs as they emerge, and not keeping this process after the product is fully-developed.

10 things you’ll know if you found your partner online 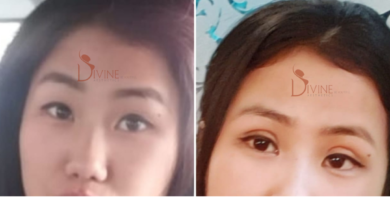